It’s been a long time coming, but Dragalia Lost is finally out in the UK and Ireland! This fantasy action RPG for mobile devices, co-developed by Nintendo and Cygames, was first released in late September 2018. But only for North America, Japan and a few select countries. You can also check out the Import Impressions articles posted here!

If you’re unsure what the game is all about–or need a refresher–we wrote an introductory article way back. Although all you really need to know is that it’s a new IP from the developers of Granblue Fantasy, and the game itself is free-to-play with the typical gacha mechanics.

For those of you just starting out on your journey to explore Grastaea and restore the sacred shard, we’ve gathered five helpful tips that we reckon you should know early on. 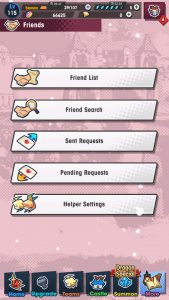 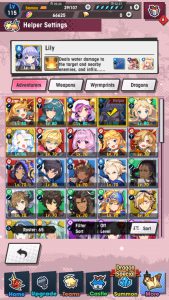 As well as helping others, you can use Helpers to brag about your favourite Adventurers…

Each time you set out on a solo quest, you can choose a “Helper” character from a list of friends and/or random guests. During gameplay, there’ll be a Helper icon in the lower corner of the screen–tapping this will instantly unleash the Helper’s main skill, damaging enemies or healing your party etc.

If the Helper belongs to a friend, you can use their Helper skill up to three times, instead of the default once per stage. So it helps to make friends. Also, when you select a Helper you haven’t used that day, you can earn a little bit of Mana (used for upgrading Adventurers), up until a certain limit.

To repay the favour, you should remember to set a Helper character yourself–once you have a decent Adventurer of course. Early on, having healing Adventurers can be really useful, for instance. To do so, go to “More” along the bottom, then “Friends” and “Helper Settings”. You can then outfit your Helper separately from your usual teams. 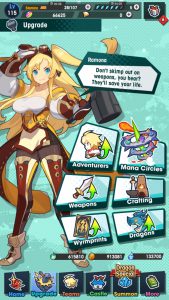 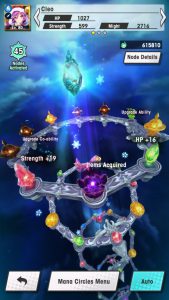 There are a lot of ways to upgrade your Adventurers, dragons and wyrmprints, but one facet should absolutely not be missed: “Mana Circles”, accessible via the “Upgrade” menu. Each Adventurer has their own Mana Circle, made up of 5 rings with 10 incremental upgrades each.

As the name suggests, you need Mana (earned from stages or events, etc.) to upgrade Mana Circles. But also elemental orbs (from Elemental Ruins) and dragon scales (from Dragon Trials). You’ll start at the lowest ring and you can only progress to higher rings after unlocking all the upgrades in the rings below.

By upgrading Mana Circles, you can enhance your Adventurer’s stats (HP and Strength) and teach them new skills (for battle) and abilities (passives). However, the cost can get pretty steep, especially at higher rings. So try to only invest in Adventurers you often use or are definitely planning to use.

3. Use the Elements to your Advantage! 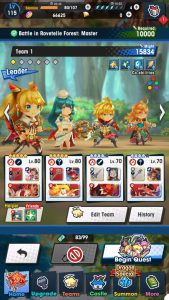 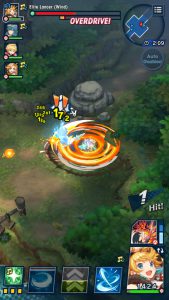 Having the correct element significantly boosts your damage output and a chance of survival.

This is a fantasy RPG, so you need an elemental triangle/square/whatever in there somewhere. In Dragalia, it’s Fire beats Wind beats Water beats Fire. Also, Light and Shadow beat each other. Early on, you can get by without caring about the elements, but later you really need to keep them in mind.

To begin with, you’ll want 5 capable Adventurers, one for each element. That way, all your bases are covered. Unless there’s a huge Might difference, even a 4-star Adventurer with a favourable element can out-damage a 5-star Adventurer that’s neutral. Later, you may want 5 whole teams with Adventurers of the same element (for raids and facility events etc.).

On a related note, dragons and certain weapons can be attuned to one of the five elements. If you equip these to an Adventurer with a matching element, you can unlock a powerful passive ability for dragons, and a 50% stat boost and sometimes an extra weapon skill for weapons. If possible, try to make sure the elements match.

4. Don’t Sleep on the Halidom! 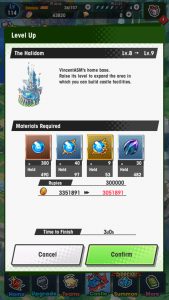 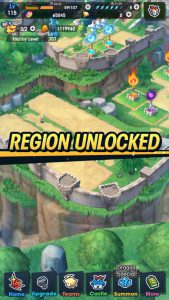 The final stages of the Halidom require an ungodly amount of time and materials, so time’s a wasting!

After completing Chapter 1 of the main story, you can unlock the Halidom–your own small kingdom that you can slowly cultivate. Here, you can build structures and facilities to harvest items and enhance your Adventurers etc. As your Player Level increases, more building options will be added.

At first glance, the Halidom may seem like a minor distraction and something you can largely ignore. However, in fact, a lot of your mid to endgame progress strongly relies on the Halidom. One of the largest bottlenecks is the Smithy, a facility that lets you craft increasingly stronger weapons.

Except for rare occasions, you cannot reliably acquire 3-star and higher weapons without crafting them yourself–and you’ll undoubtedly need stronger weapons as the adventure continues. Therefore, you should focus on upgrading the Smithy ASAP.

However, the maximum Level of the Smithy (which determines what weapons you can craft) depends on your Halidom Level, which is directly tied to the total Level of everything you’ve built. Later on, the total Level requirement gets pretty high. So unless you want to fall behind, you need to build, build, build!

5. If in Doubt, Call on Others 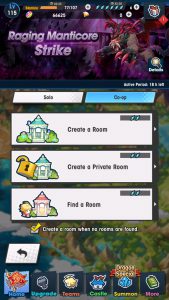 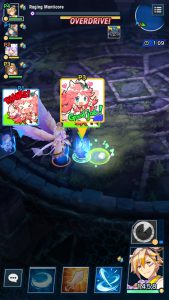 If a nasty boss is kicking your butt, it may be a good idea to seek help from others.

Last but not least, one really cool thing about Dragalia Lost is that you can play the majority of the game in co-op mode, with up to three other players online. Co-op play is unlocked near the start of Chapter 2 of the main story. Getherwings, not Stamina, is consumed when playing co-op.

Early on, you can easily tackle most of the game content by yourself, with the help of your AI (computer-controlled) team mates. But the AI is rather sub-optimal to say the least and, as the enemies get stronger and smarter, your AI allies will start falling by the wayside.

If you don’t think you can handle a stage by yourself, that’s where co-op play comes in. After picking a stage, simply swap over to the “Co-op Play” tab and choose to host a room or find a (private or public) room. Or you can tap the “Co-op Play” button from the home menu to find a list of open rooms.

The main benefit of co-op play is that the other players will probably perform a lot better than the AI. In addition, each player can shapeshift into a dragon independently, allowing for up to 4 dragons simultaneously. Resulting in a significant DPS (damage per second) boost.

That said, your mileage might vary depending on what stage you’re attempting. In general, most story stages have low population rates, except for a certain boss or “assault course” stages. But most event stages (recurring or limited time) tend to be well populated since they offer nice rewards.

We hope our tips will be helpful for the long journey ahead. Before we go, we have one final tip that also applies to many gacha games out there.

While it’s nice to bag the shiny new 5-star of the month, the most important thing is always to try and have fun. Even if you don’t always get what you want, 99% of the game content can be cleared with 4-stars (which aren’t hard to acquire and you even get a bunch for free).

Anyway, if the stars align, we’ll be coming back to share some more advanced tips later on. Until then, happy adventuring!