Last week Tokyo Mirage Sessions released so we thought we'd put this handy little primer to help you get aquianted!

Life doesn’t always give second chances, so when one comes, you ought to seize the chance. In this case, RPG fans who missed out on Tokyo Mirage Sessions #FE on the Wii U now have the opportunity to play an updated “Encore” version for the Nintendo Switch! 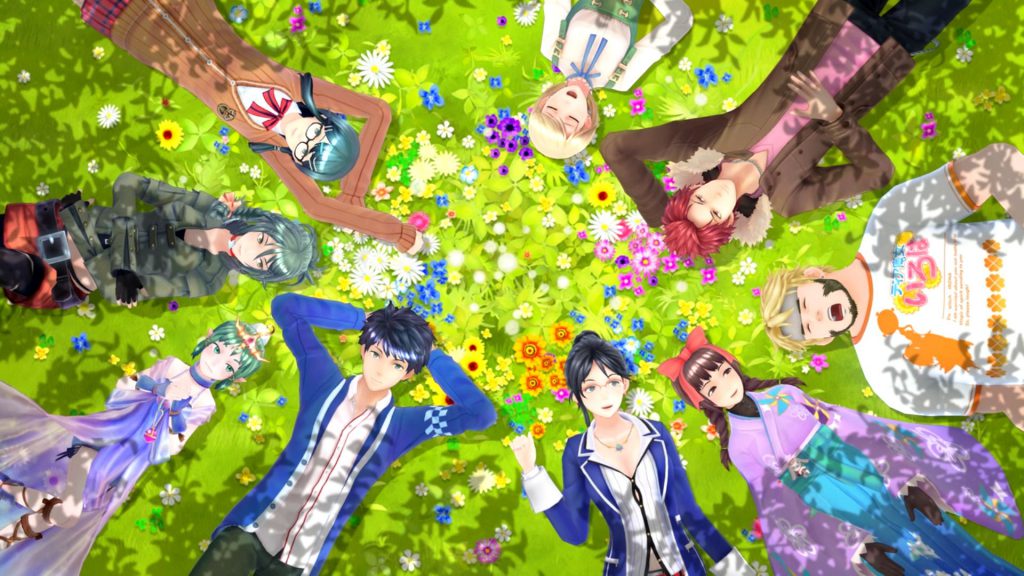 The original game was first teased as a crossover between the Shin Megami Tensei and Fire Emblem franchises. But when it was fully unveiled during E3 2015, it had developed its own identity–and was almost completely unrecognisable at first. This put off fans of both franchises, resulting in the game being largely ignored at launch.

That said, those who actually played the game enjoyed it for what it was–a stylish JRPG set in modern Tokyo, about a group of young people who, by day, are aspiring entertainers and, by night, represent humanity’s only hope of repelling an inter-dimensional threat. All topped with a bit of SMT and FE seasoning.

Once Nintendo started shifting their Wii U catalogue to the Nintendo Switch, one of the most requested titles was Tokyo Mirage Sessions. So now that it’s finally here, and things have calmed down, hopefully more people will be able to appreciate this unique and lovingly-crafted RPG!

Still here? Good! Then let’s talk about what makes this game stand out.

You play the role of Itsuki, who’s your typical, well-meaning RPG protagonist. Along with his cheery friend, Tsubasa, he joins a company called Fortuna Entertainment, which specialises in producing idols–essentially, Japanese pop stars.

Through the course of the story, you’ll get to know Itsuki and the other members of Fortuna, as they all walk a new and uncertain path in life. During your spare time, you can freely explore parts of Tokyo, participate in side stories and chat with your buddies using your mobile phone.

So far so normal. However, our heroes soon discover that Tokyo is being invaded by mysterious beings from another world, called the Idolasphere. Normal people are unable to defend themselves, but–as luck would have it–Itsuki and pals are anything but “normal”. 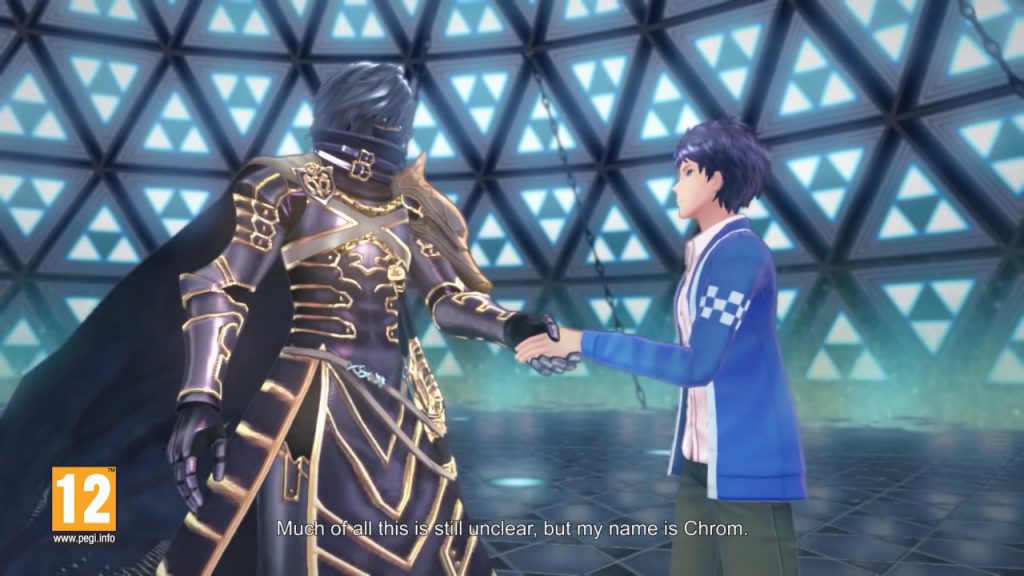 For some reason, they can fight alongside friendly inhabitants of the Idolasphere, known as Mirages. These Mirages take on the form of well-known heroes from the Fire Emblem franchise, such as Chrom, who supports Itsuki in battle, or Caeda, who joins forces with Tsubasa.

With the power of Mirages by your side, you can explore dungeons where the Idolasphere has warped reality. This is where the Shin Megami Tensei elements start to become obvious, as you roam otherworldly-looking dungeons, dotted with all kinds of traps and freakish foes.

Battles are where the influence can be felt even stronger. These are turn-based affairs, featuring moves derived from SMT history. So you can expect to see the likes of Zio, Mazio, Ziodyne and whatnot. In addition, every foe has weaknesses and resistances that you must pay careful attention to.

Successfully hit an enemy’s weak spot and you’ll trigger a “session”. During one of these, other party members (including inactive ones) can unleash a follow up attack if its attribute matches the initial attack–and these attacks can be chained in a similar manner, resulting in multiple attacks and lots of damage!

The idol theme isn’t just for show either! During the story, you’ll get to see a number of high quality music videos performed by the Fortuna stars. Also, there are special moves in battle that are music themed, such as Special Performances, triggered by expending SP. Even the battle zone looks like a concert stage!

If you already played the original game on the Wii U, we salute you. That said, there are some new elements if you’re interested in double-dipping…

Firstly, there are new EX Stories, where you can see a new side to the characters. In these stories, you can explore new dungeons and unlock new items, songs and costumes! One of these new songs is “She Is…”, sung by Tsubasa and Kiria. 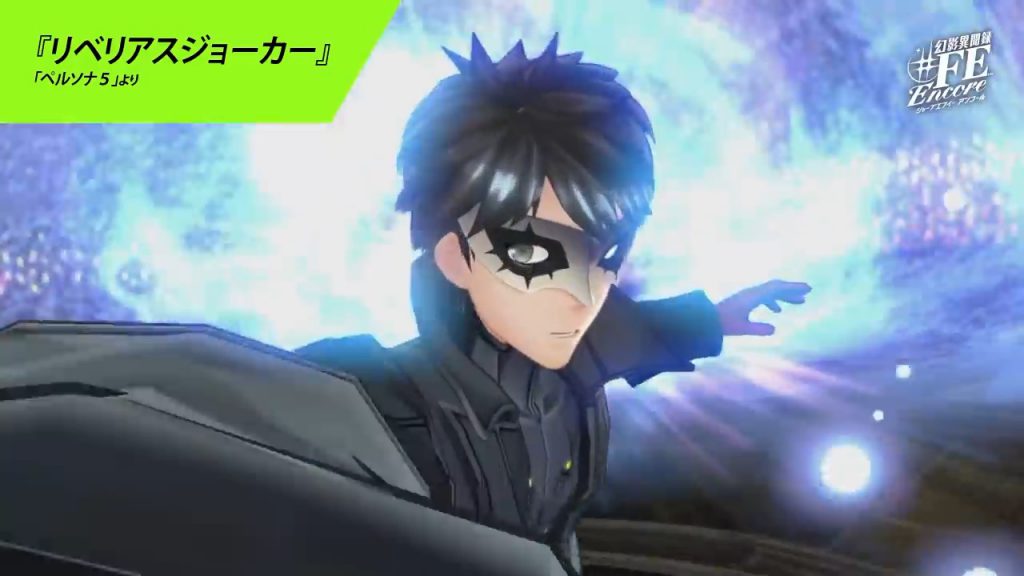 Speaking of costumes, most of the DLC costumes from the Wii U version are included by default, plus there are some new costumes too! Itsuki gets a costume based on Joker from Persona 5 (when will we get the actual Persona 5!?), while Mamori gets one based on Three Houses, for instance.

Tiki, Barry and Maiko previously existed as support characters, but they can now join in during session attacks. The conditions for their session attacks are more lax too, so it’s even easier to create long chains. All three also have new costumes for their battle appearances! 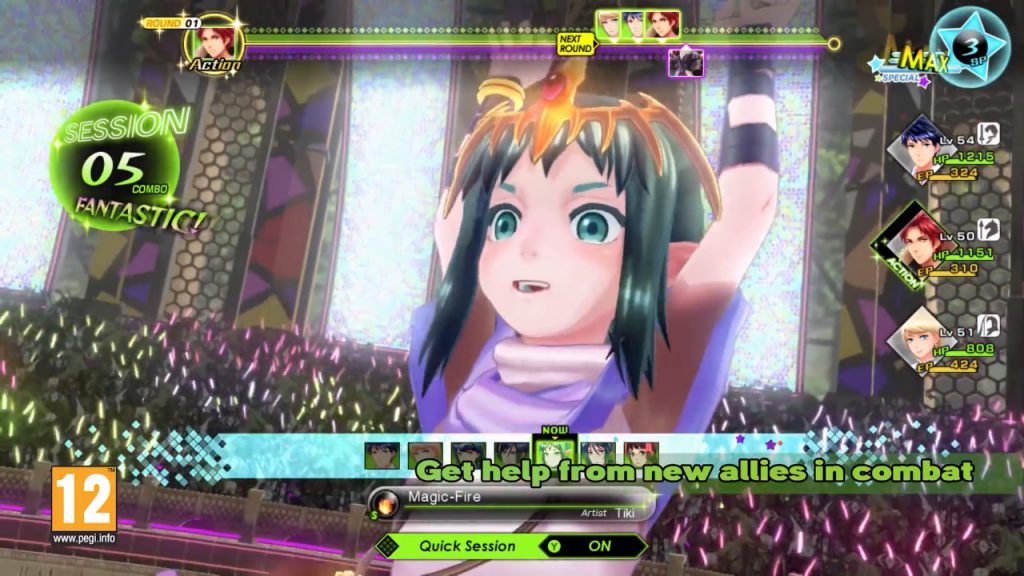 Last but not least, there are many Quality of Life changes. Load times are vastly improved, there’s a mini-map during dungeons, you can now speed up sessions and, from the 2nd playthrough onward, you can swap out Itsuki from the active party, introducing new party setups.

In closing, this is the sort of game that doesn’t come by very often. So if you’re a fan of RPGs, you owe it to yourself to give the game a go–or at least, look it up. That said, we understand the game’s aesthetics aren’t for everyone. If the idea of being perceived as a “weeb” disgusts you, this game ain’t for ya.

In any case, thanks for reading, and may your adventures be fruitful!